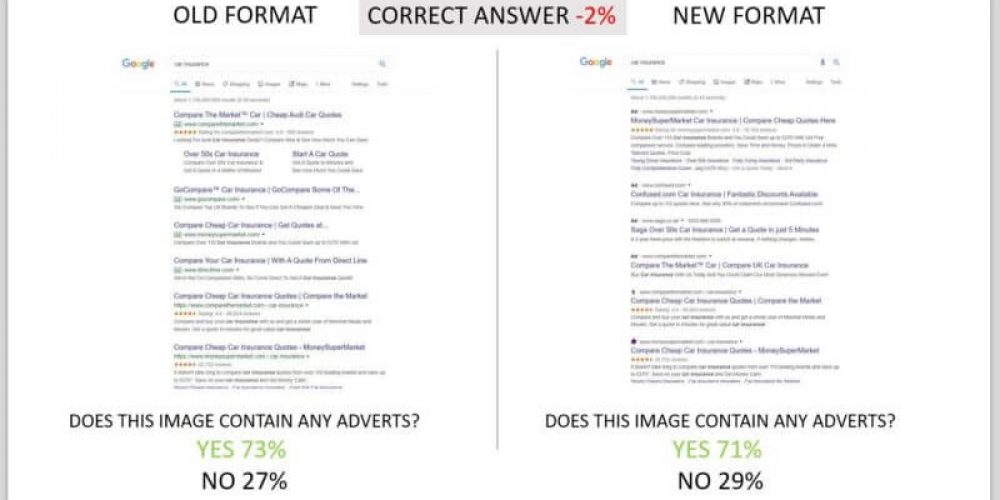 In 2019, Google introduced a new format in mobile search results which included a small “favicon” icon from the website, to the left of the snippet. This week, Google announced that a similar format was being launched in desktop results.

Yard carried out a user study on mobile results in September that concluded that some users think that favicon results are ads. When the desktop results launched we carried out a similar study to identify the effect of the changes.

We asked a set of 250 users to look at 12 images of desktop search results and answer the question “Does this image contain any adverts?” with a “yes” or “no.” These results were compared to results of the old format, without favicons, for the same search queries.

There were 4 paid ads at the top of the search results. In the old format, 73% of users identified that there was advertising on the page. In the new “favicon” format, this changes slightly to 71%.

Single ad at the top

Users identified that there was advertising on the page 67% of the time with the new favicon format, an increase from 63% on the old format. 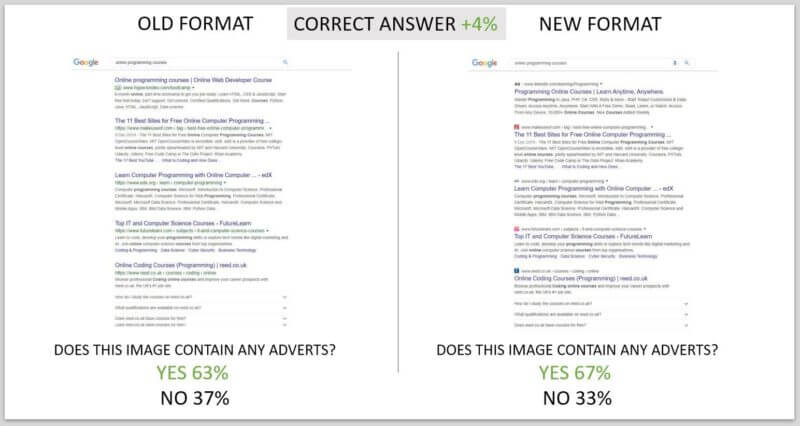 Single ad at the bottom

There was no change for the result where the ad was at the bottom of the page. This suggests that the new “Ad” marker might be clearer to users, given it’s more visible at the top of the page than at the bottom. 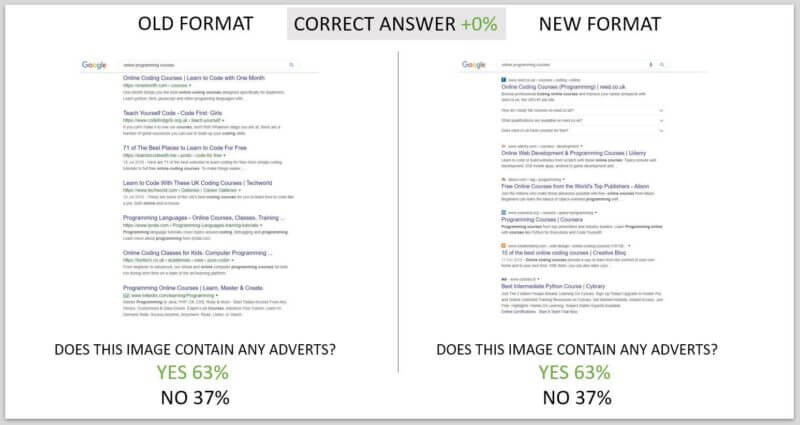 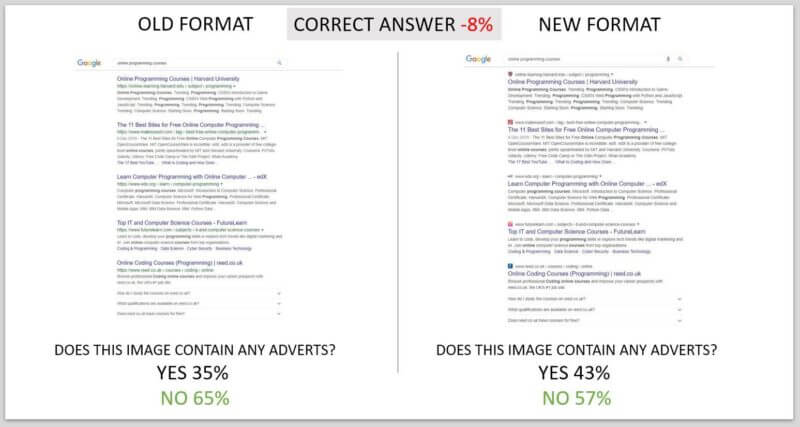 The pattern of users seeing ads that weren’t there was found consistently throughout the study. The percentage of users correctly identifying that there were no ads here dropped from 62% to 55% for “home insurance.”

The biggest drop we noted was for “flights to new york” where only 58% correctly identified that there were no ads on the old format, this plummeted to 42% with the new format. 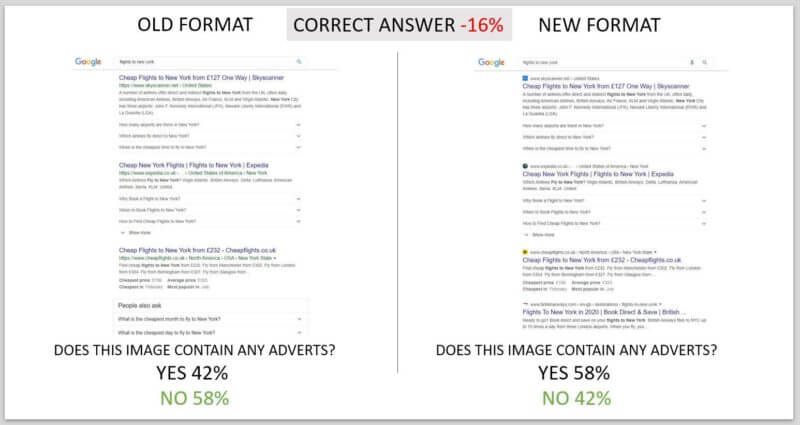 The effect that we noted on mobile, where recognition of advertising remains the same or even increases a little with the introduction of favicons is also seen on desktop. It is possible that the number of people recognizing advertising from the correct signals (e.g. “ad” markers) drops as it is clear that some users think the favicons indicate ads.

It seems likely also that some users may have missed the black ad markers due to their similar appearance to favicons but this is difficult to confirm using this methodology.

The number of people who identify ads on Google search results was alarmingly low with the old format. The new format doesn’t seem to have changed that percentage significantly but has made identification of the actual ads less accurate. In other words, people think more things are ads when they are not and may identify real ads less often.

With this change on mobile and desktop, Google has reached the limits of hiding “ad” markers and has chosen instead to change the paradigm, making natural results appear more like regular results.

The logical conclusion of this approach is that the idea that search results are paid for is normalized, gradually increasing the amount of advertising space which is considered acceptable to users.

That assumes, of course, that we shouldn’t accept Hanlon’s razor to never attribute to malice that which can be adequately explained by stupidity. In this case, Google is smart enough to know exactly what it is doing and has tested these changes thoroughly before rolling them out.

Opinions expressed in this article are those of the guest author and not necessarily Search Engine Land. Staff authors are listed here.

Richard Falconer is an experienced SEO and managing director of Yard, a UK based global agency that produces brand performance through data.

View all posts by Richard Falconer →