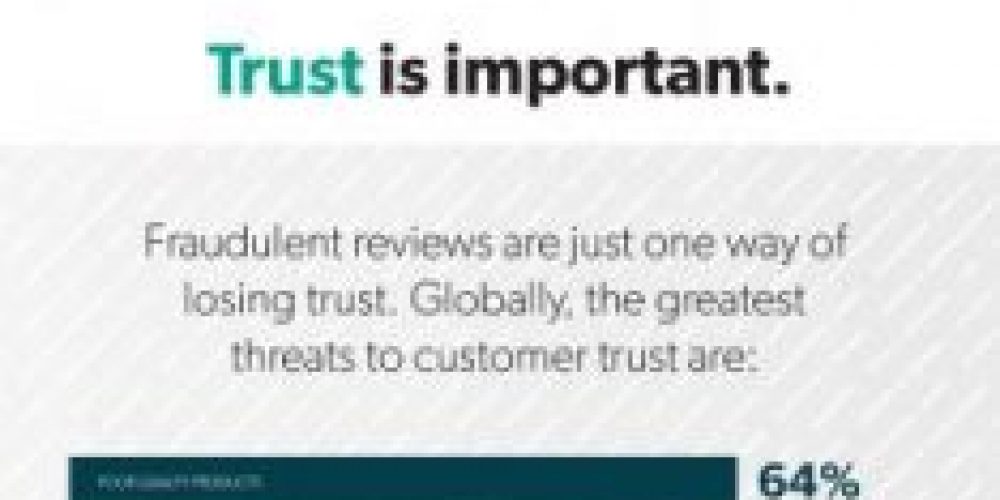 With everyone now able to share their opinion on anything, at any time, reviews have become critical to maximizing brand engagement and results.

But that’s also lead to a rise in fake reviews, and brands paying for positive mentions in order to boost their perception online. Fake reviews, however, can also have significant negative impacts, including reduced brand loyalty, damaged reputation and financial penalties in extreme cases.

In fact, increased penalties is what consumers are seeking in cases where fake reviews are used, according to this new report from BazaarVoice, which incorporates responses from over 10k shoppers in the U.S., U.K., France, Germany, and Australia in relation to their review usage.

Among the key findings:

​They’ve included a full overview of their findings in the below infographic. Some key pointers to consider in your own transparency measures.

A version of this post was first published on the Digital Information World blog.

View all posts by Irfan Ahmad →