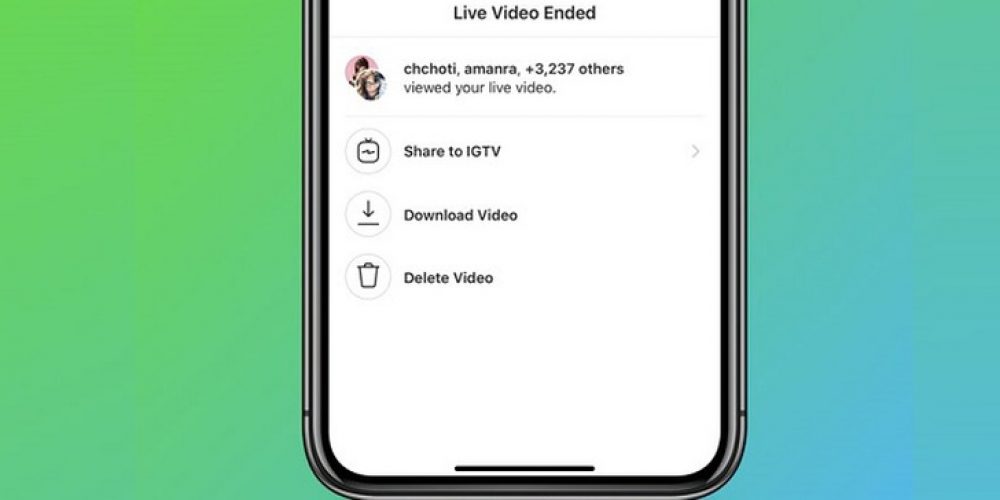 Instagram has been rolling this option out over the last few weeks, but today, it’s officially announced that all users can now save the video of their Instagram Live broadcast to IGTV, and keep it available for viewing for as long as they choose.

Up till now, Instagram Live broadcasts have only, technically been available to viewers during their broadcast – i.e. when the ‘Live’ marker appears on the users’ Stories bubble. Users have additionally had the option to save the video of their Instagram Live broadcast to their camera roll, then re-upload as they see fit – but now, you’ll also have the capacity to send the video direct to IGTV, which could provide some additional benefits, especially considering the gradual development of the IGTV platform.

The option could, for example, provide an easy way to build your IGTV content library, and with Instagram recently launching monetization options for the platform, that could provide another means to both tap into rising interest in IGTV (monetization will lure more high-profile creators, and subsequently, viewers), while it may also, eventually, facilitate a revenue option via your own content.

It’s also another way to maximize the value of your content. If you’ve created more video, why not re-post it to IGTV and enable more people to see it. That is, if the broadcast went well, of course.

Though there are some limitations to be aware of in this new process.

Being unable to edit your video could be an issue, and it’s worth considering what the impacts of not having the original Likes and comments might be. If you’re constantly referring to the comments or viewers during the broadcast, that probably won’t make sense in the replay if their names and notes are not displayed.

In that case, you may well be better off just downloading the video and editing it to ensure it suits, then re-uploading to IGTV if you see fit. But if you’re looking for a quick, simple way to tap into IGTV, and maximize viewership, it’s another option to keep in mind.

Learn more about Social Media Today by visiting their website.