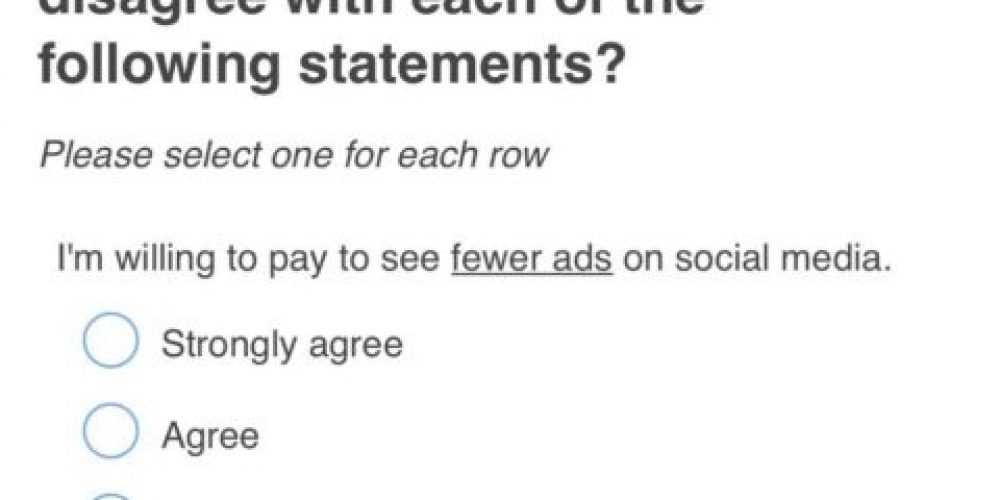 Twitter is actively exploring the option of adding a premium subscription model that would give users access to exclusive features.

Reporter Andrew Roth shared screenshots of surveys he was sent, which asks users to indicate whether a feature is important to them or not.

After CEO Jack Dorsey confirmed Twitter is exploring a subscription model, the company is conducting user surveys on what type of features they’d like to see in such a service.

Undo send, special badges for profiles and advanced analytics are among the features being considered. pic.twitter.com/hL6T8sdI0s

The survey asks: “Which of the following features would you most/least desire?”

These are the potential features that could be included in a premium Twitter membership.

In a separate set of survey questions related to advertising, Twitter asks users whether they’d be willing to pay to see fewer ads.

Careful not to set anyone’s expectations too high, Twitter’s survey adds the following disclaimer regarding these potential features:

“This is not necessarily reflective of what features Twitter will have in the future.”

These exact features may or may not be added to Twitter in the future, but one thing that’s certain is Twitter plans to launch premium memberships.

Details are scarce at this point – here’s what we know so far.

Multiple pieces of evidence point to Twitter launching a subscription model at some point in the near future.

The first piece of evidence came in early July when a job listing was found indicating that Twitter is assembling a team to work on a subscription platform.

Tests of various subscription options might begin as early as later this year, according to a report from CNN.

On the same day that report came out, Twitter issued a letter to shareholders with the following paragraph:

“We are also in the early stages of exploring additional potential revenue product opportunities to compliment our advertising business. These may include subscriptions and other approaches, and although our exploration is very early and we do not expect any revenue attributable to these opportunities in 2020, you may see tests or hear us talk more about them as our work progresses.”

With Twitter’s ad business dropping as sharply as it is, the pressure is on to open up more revenue streams.

I wager we’ll hear more about these subscription models sooner than later.